If U-Boot supports the framebuffer, U-Boot can be used to display a splash screen or a custom company logo.

This article has been written with the customization of the Toradex Reference Images for Yocto Project in mind.

Creating a Custom Logo with GIMP​

Create a new file in GIMP and choose a dimension multiple of 8. As an example, a 324 x 64 pixels image was created, configured as seen in the picture below: 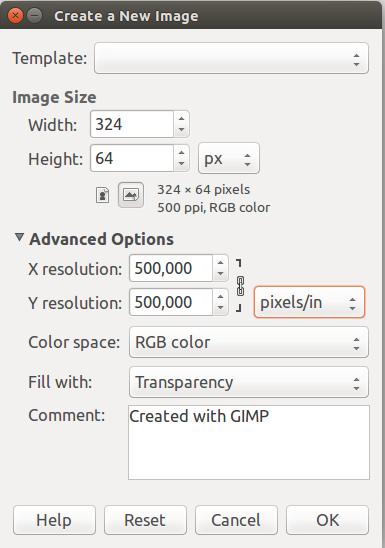 Write some text or your company's name.

Converting from PNG to BMP​

U-Boot can read a specific image format. Use the following command to convert the PNG image to BPM.

8-bit depth is a requirement. It has been reported that the parameter -depth 8 from the command above does not always work. Make sure that your image bit depth is correct manually. A possible workaround is to change one or more pixel colors, in a way that is is not perceptible but does change the image bit depth to 8 bits.

To get the source code, toolchain, and the instructions on how to build a custom U-boot, follow the U-Boot source article.

Toradex has its own logo set in the U-boot source. The logo can be found at "u-boot-toradex/tools/logos/toradex.bmp". A simple option to have a custom logo is replacing toradex.bmp file. It is necessary to keep the same “toradex.bmp" file name for the build system to find the logo.

In BSP 5.0 video stack is disabled by default in U-Boot, so you have to enable it manually by adding CONFIG_DM_VIDEO=y to defconfig of the module you're using. You can also revert this patch.

Compile the U-boot according to the article quoted above.

Prepare an SD card and update your module as described in the articles below (according to the module of interest):

After U-Boot is compiled and updated on the module, the result is the following: 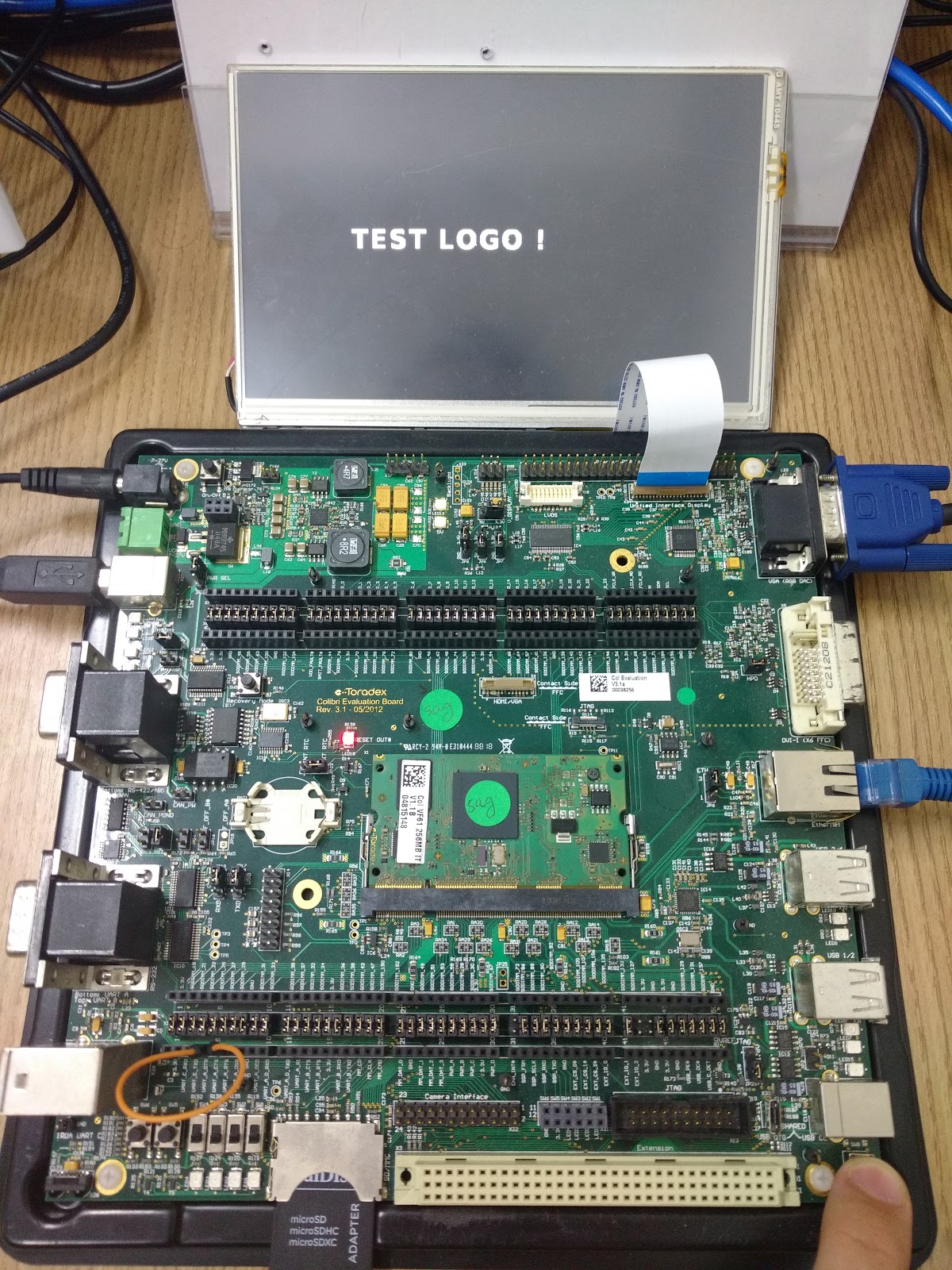 When using RGB interfaces with Apalis iMX6 based modules the RESET_MOCI# signal must be released with the following command in the U-Boot console:

It is also possible to load custom images at runtime. The image can be read into memory from a variety of sources.

After loading the image into memory address, display it with the bmp command:

You can also use a splash screen boot logo stored on a FAT partition of a eMMC/SD/USB drive, instead of using the one embedded in the U-Boot binary, and it will also be loaded and shown automatically. To achieve that set the splashsource variable to one of the supported storage devices for the splash image. For example, if the logo is stored in the /boot directory of the rootfs eMMC partition as logo.bmp, set these environment variables using the U-Boot shell:

The supported values for splashsource are:

It is possible to adjust the position of the splash screen on the display by setting the splashpos variable. To set the logo position to x pixels and y lines:

Use the following configuration to set the splash screen position to the center of the screen:

To show how U-Boot can be easily customized, we created a simple practical example where U-Boot changes the U-Boot splash screen when the module starts to update.

Create a PNG image in GIMP and convert it to BMP as explained above.

Store the image into a USB flash drive, SD Card, or TFTP server, in our case, the BMP file was stored on a TFTP server.

Create an environment variable that loads the image, displays it, and starts to update.

As soon as ‘run update_logo’ is given, the image is first displayed and then the update process goes on.

The result is shown in the following video.