Torizon is an embedded computing platform that enables robust, scalable, and easy-to-maintain software. The Torizon’s primary component is TorizonCore: a minimal embedded Linux image featuring, among other essential services, a container runtime and components for secure offline and remote over-the-air (OTA) update.

This article provides a technical TorizonCore’s architectural overview and explores its main components and the tools to work with the system. For step-by-step instructions to start working with Torizon, please see the Torizon Quickstart Guide.

There are some image variants of TorizonCore. See a comparison table below with the currently supported images:

Learn more about the evaluation containers in the section Container Runtime: Docker.

A fundamental advantage of the Torizon platform is the possibility to work on application architectures based on multiple containers. This software development technique provides significant benefits such as modularity, scalability, integration, and distributed development. 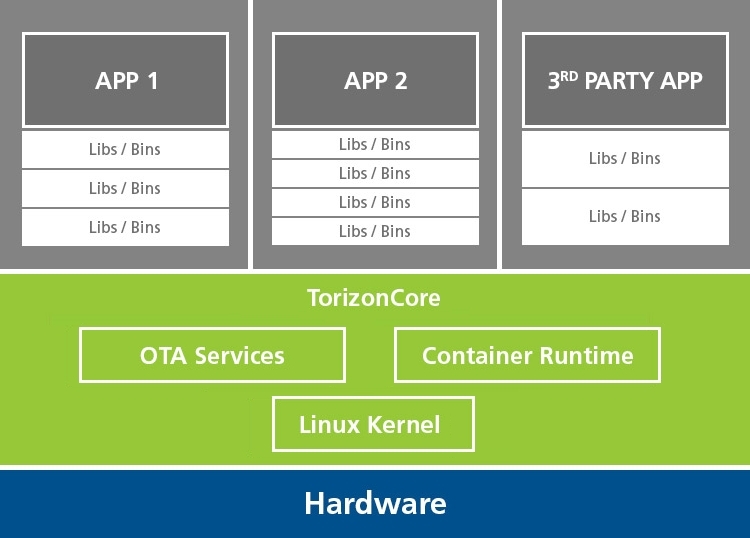 In this section, we will explore the main components of TorizonCore and also the recommended Debian containers provided by Toradex to work with TorizonCore.

Toradex builds TorizonCore on top of its Linux BSPs. An in-house software development team works with the hardware team to design and maintain high-quality Linux BSPs targeting the usage in production devices.

Some characteristics of the TorizonCore image:

Traditional update solutions in the industry, including Torizon Remote Updates and Secure Offline Updates, widely adopt Aktualizr and OSTree technologies. They comprise the part of Torizon updates features that runs on embedded devices.

A container is a standard unit of software that packages up code and all its dependencies, so the application runs quickly and reliably from one computing environment to another. A Docker container image is a lightweight, standalone, executable package of software that includes everything needed to run an application: code, runtime, system tools, system libraries, and settings.

The root file system is the top of the hierarchical file tree. TorizonCore mounts its rootfs as read-only, since it improves device security, reduce the probability system files corruption and, enables rootfs images to be easily updated. Furthermore, to have a read-only root filesystem mounted is a requiremente for OSTree, which is an system adopted by Torizon to perform upgrades of filesystem trees.

However, there are two special cases. OSTree preserves /etc and /var during upgrades, implying that they are writeable directories (rw). On those cases:

Application developers will take advantage of the TorizonCore Debian based containers images as a starting point for their Dockerfiles.

As an example, projects targeting TorizonCore running on a Apalis iMX8 can use the command FROM --platform=linux/arm64 torizon/debian:2-bullseye in its Dockerfile.

Below some highlights of these containers:

Toradex provides optional IDE extensions to work with TorizonCore in: 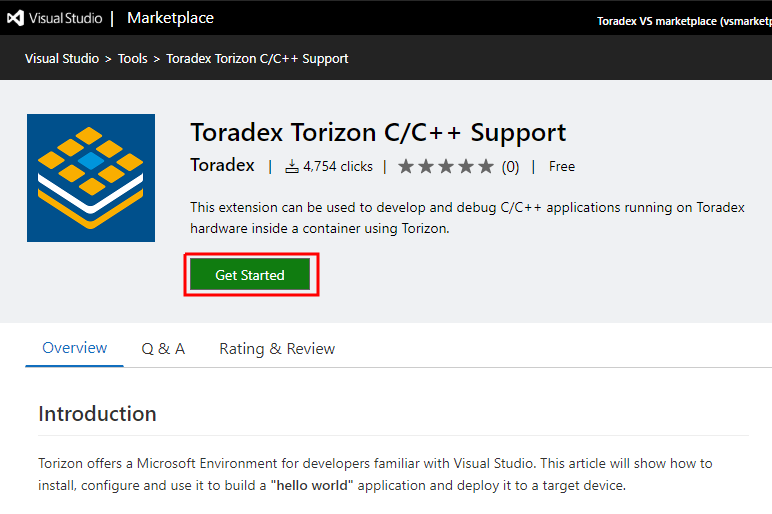 Other Toradex and 3rd Party Containers​

This section has on-demand webinars to help you through development.

Why containers aren’t just for hipsters! The changing arena of embedded software development​

Development and Maintenance of your Embedded Linux Vision System – Simplified!​

Getting Started With Machine Learning Using Toradex and NXP® eIQ​