This article explains how to run and debug Python Applications on TorizonCore using the Visual Studio Code extension provided by Toradex.

You will be able to select a template. Some examples are a console or a Qt QML application.

After creating it, write the application name on the same command bar:

Now you should be able to select an application template, this will pre-create all the files required for a specific kind of application.

A bunch of options will appear, make sure to select the right target architecture:

For new projects we suggest choosing platforms based on debian bullseye, those are the platforms that will be maintained in the long term. Notice also that the list of platforms and templates may change after an update of the extension, providing new platforms for more recent versions of debian or templates for specific kinds of applications.

Type torizon on the username label:

A python project with the following files will be created, to learn more about each one of them refer to the Python Project Configuration Files section. 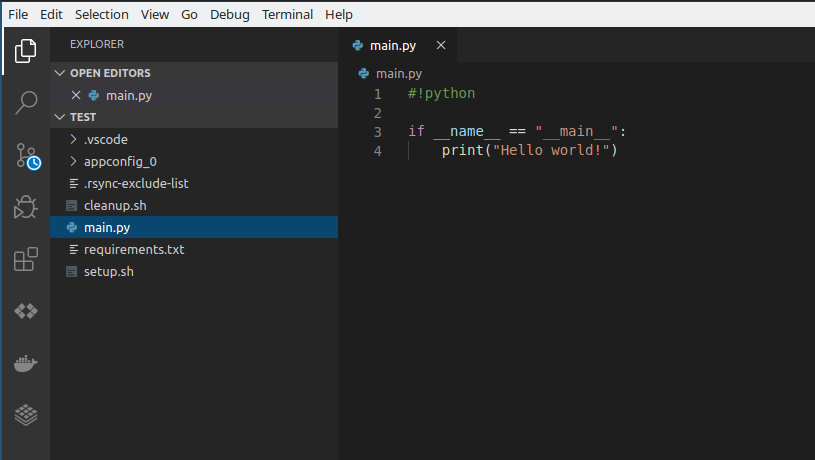 Pylint warning is not specific for Torizon, it will happen for any .py file. Although not mandatory, a linter is really helpful and recommended during development.

Some operating systems still point the python executable to Python 2, others may only use the python3 executable. You must make sure that Visual Studio Code is using a version of Python 3 as the default interpreter, otherwise, you may see an error message Path to shell executable "python" does not exist.

Select any version of Python 3:

Understand how to add Python packages and more in the next subsections.

Open the Torizon configuration page and edit the extrapackages configuration, you just need to click on the pen icon: 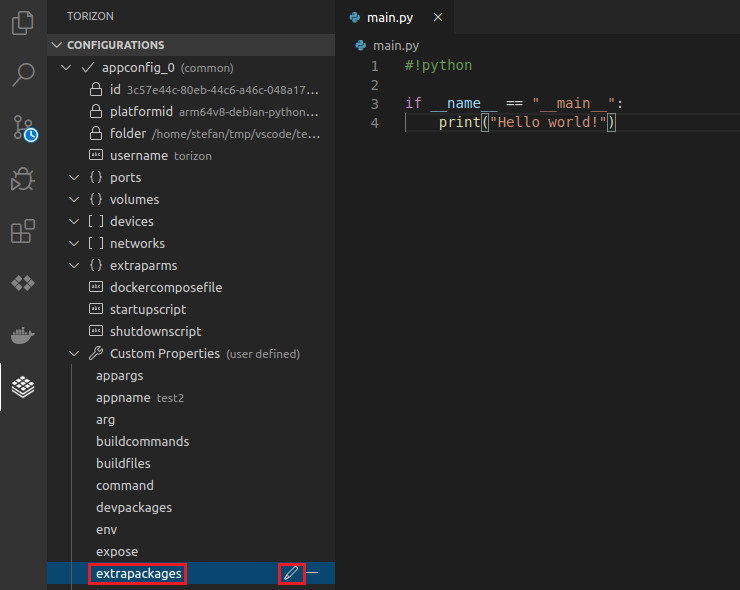 As an example, add the package python3-pexpect:

This would be the equivalent of running apt install python3-pexpect on the command-line. It does not use pip.

After configuring your project, you can now deploy and debug it. Since this is common to all languages supported by the extension, please refer to the section Deploy and Debug from the article Visual Studio Code Extension for Torizon.

After going through the process of deploying and debugging the application, you can now deploy and release it. Since this is common to all languages supported by the extension, please refer to the section Deploy and Release from the article Visual Studio Code Extension for Torizon.