Direct Breakout™ is a Toradex product feature that aims to reduce complexity of carrier board routing from the module connector to the real world I/O ports, making it possible to route signals without requiring crossing traces or traversing layers. It was introduced in the Apalis Family and is also available in the Verdin Family.

This is achieved by taking care of the complexity of routing high speed, impedance critical signals from the source IC to the edge connector on the Apalis module. I/O is generally gathered into functional “rooms” on the connector so that all signals associated with a specific interface are in one place, reducing routing complexity.

The image below shows the concept of direct breakout by illustrating how complex routing and layout is encapsulated on the module, providing the potential for simple routing on the carrier board. 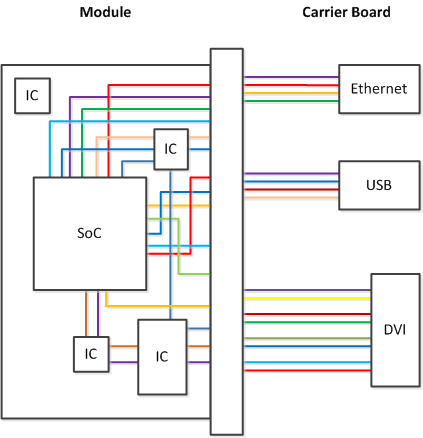 Especially when routing signals for high speed interfaces, such as USB, PCI-Express, SATA and HDMI, this greatly reduces the risk of signal integrity issues, enables the use of low-cost four layer PCBs, and significantly speeds up the placement and routing of designs.

You can appreciate our Direct Breakout™ by looking at the Apalis Evaluation Board in the image below. Signals for PCIe, SATA and USB3 are routed using a single layer on a 4 layer PCB (MXM3 COM connector to the centre right). 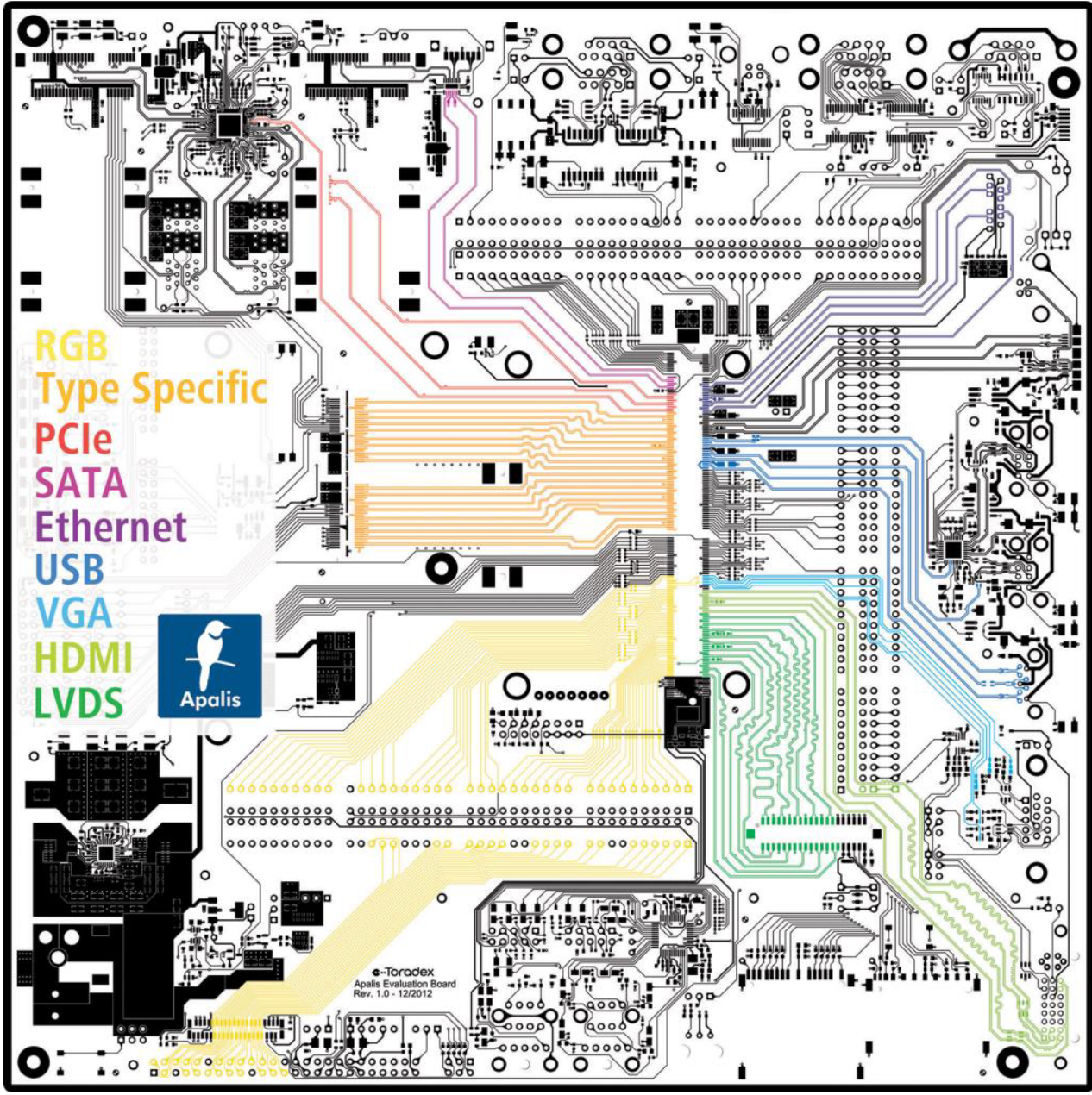